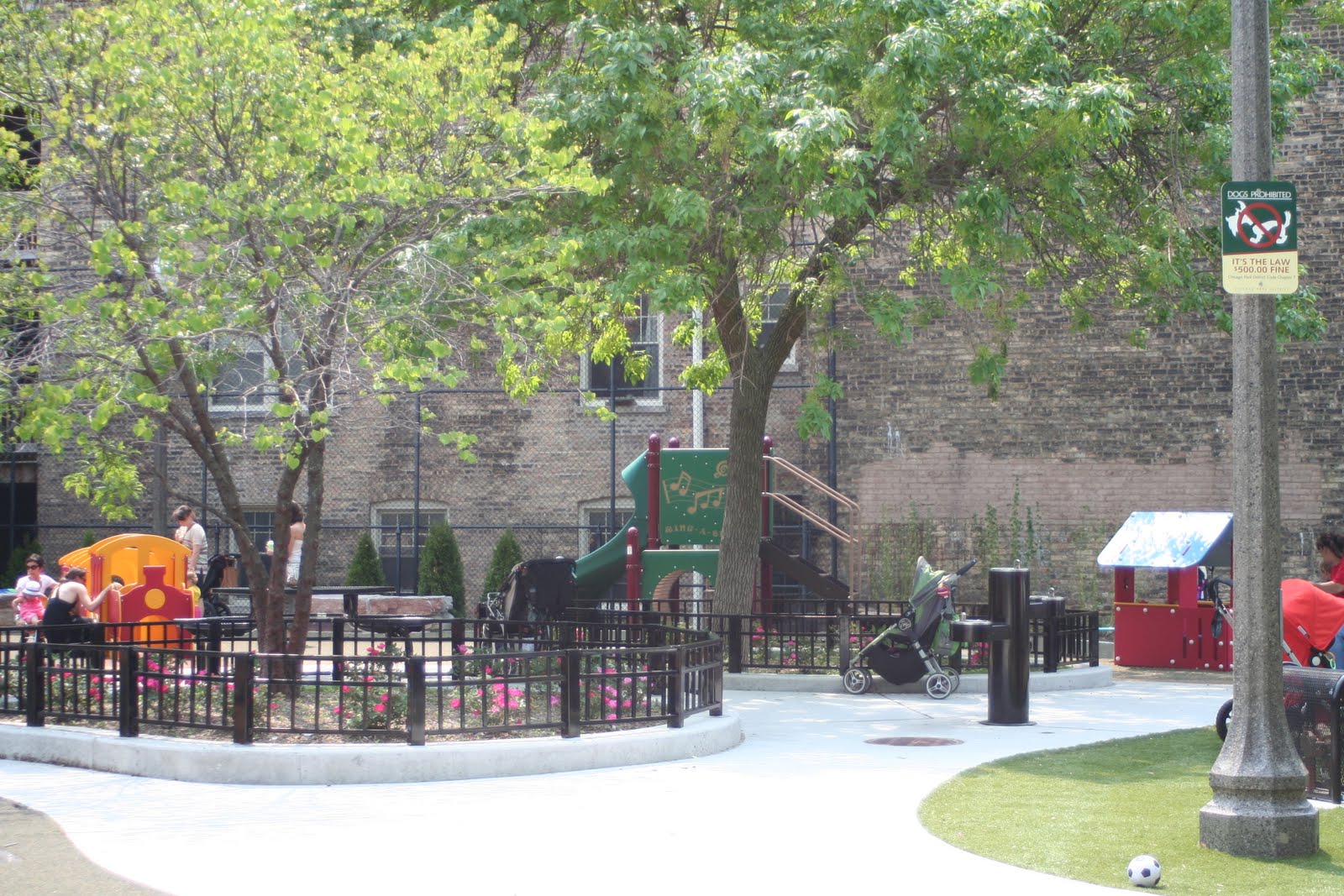 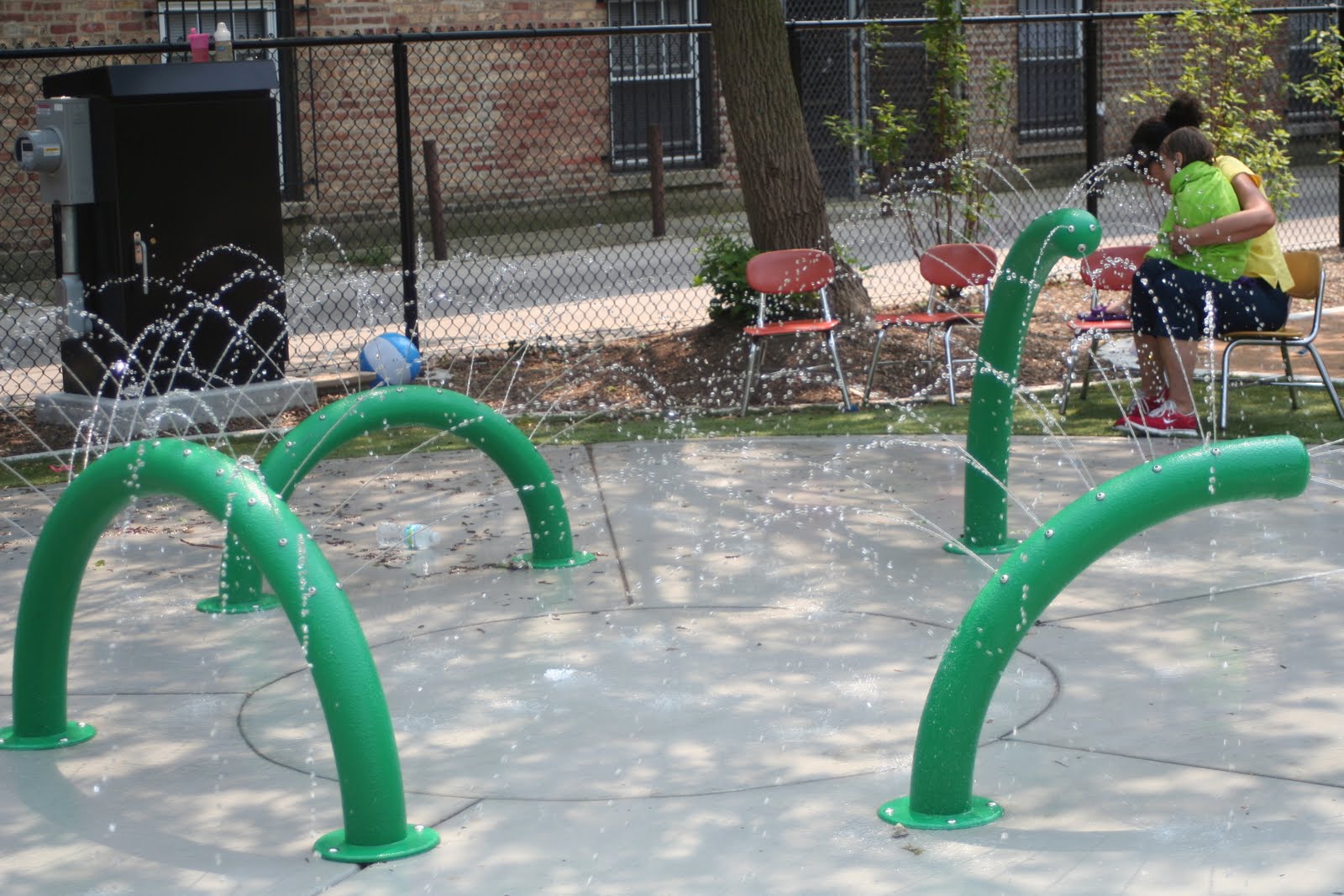 Weisman Park is located on the corner of Oakdale and Mildred in Lakeview.

This park is an ideal location for families with children to spend the day. Recently renovated the park has new ADA accessible soft-surface play area – filled with swings, a slide, picnic tables, drinking fountains, benches, and water spray feature. The landscaping offers patrons shady areas and colorful flowers in the spring time. To add a little whimsy to the landscape – a beautiful interactive fish tank mosaic was installed. It was designed by artist Martha Crandall and the Chicago Mosaic School.

While there is no structured programming taking place at this location, we invite you to check out our great programs offered at nearby Sheil Park.

Weisman Park is one of many playgrounds developed by the City of Chicago just after World War II. In 1949, the city purchased its site on Oakdale Avenue in the Lakeview neighborhood using Playground Bond funds. By 1950, the Bureau of Parks and Recreation had installed a spray pool, a sand box, and playground equipment. The city transferred the park to the Chicago Park District in 1959, along with more than 250 other properties. The playground was updated in the early 1990’s and again in 2011. Known for several decades as Oakdale Park for the adjacent street, the park was renamed for local resident Albert Weisman (1915-1974) in 1983. A native of St. Louis and a journalist by trade, Weisman spent 18 years as head of public relations for Chicago advertising firm Foote, Cone, and Belding before becoming the University of Chicago’s Director of Public Affairs. He was a member of the Lincoln Park Zoological Society Board of Directors and a Trustee of Columbia College, where he taught urban politics. Patriotically-inclined, Weisman may have been best known as the founder of the Wellington-Oakdale Old Glory Marching Society (WOOGMS) Parades, where “everyone marches, nobody watches.” A public drinking fountain in Lincoln Park is also dedicated in his honor.