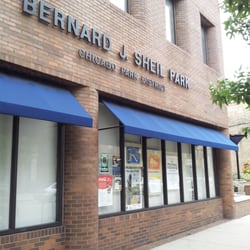 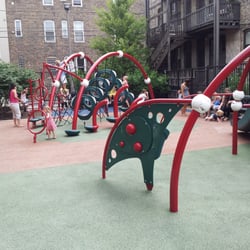 Sheil Community Center honors the memory of Archbishop Bernard J. Sheil (1886-1969), pastor at Lake View’s St. Andrew’s Catholic Church for more than three decades. A supporter of ecumenical efforts and of the rights of racial minorities and laborers, Archbishop Sheil was often referred to as “the friend of the little guy.” His interest in young people led him to found the Catholic Youth Organization in 1930. Sheil Community Center is located in the heavily-populated Lake View neighborhood, on land once occupied by the Hanson Laundry Company.

The Chicago Park District purchased the property in 1973, demolishing the laundry plant shortly thereafter. In 1975, the park district broke ground for a field house with a gymnasium, a craft shop, and clubrooms. The gymnasium is named for William E. Pollack (1909-1968), a member of the Illinois House of Representatives from the 13th District, in which the park lies. A native Chicagoan and a graduate of Lake View High School, Pollack served as the Republican leader for six of his nine terms in office.